What is TMS therapy?
TMS therapy is a new and novel type of brain stimulation that treats depression using brief electromagnetic pulses (significantly weaker than those used in an MRI machine). These pulses pass through the skull easily and stimulate neurons in underactive regions of the brain thought to be responsible for depression. First approved in 2008 it is an effective form of treatment against drug resistant depression. TMS therapy has been demonstrated to be safe, well tolerated, and effective in numerous clinical trials and double blind studies, with little to no side effects. Tens of millions of people around the world have received TMS therapy. Research shows it to be at least as effective as antidepressant medication. Close to 70% of patients receiving TMS therapy will feel some benefit and relief in depression symptoms – half of those patients will be in full remission after treatment. 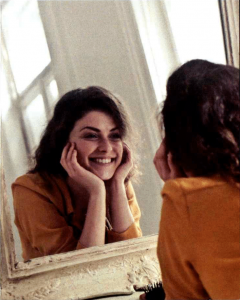 Is it painful?
No. But it might be mildly to moderately uncomfortable for the first few sessions as the patient gets used to it. It depends on the individual. In the great majority of patients TMS is a well tolerated and very safe procedure. Most people describe TMS as a mild tapping sensation where the stimulator coil is being applied. The sentient of the pulse may feel similar to a TENS unit.

How long does it last?
Most patients report feeling positive benefits of TMS therapy even some years after their initial treatment. In most cases, effects can be felt up to a year. If needed, maintenance TMS therapy sessions can be done.

Is TMS covered by insurance?
In general TMS treatment is covered by most major insurance plans after the patient has failed several rounds of antidepressant medication. Ask your TMS provider for more details.

Call Us Text Us